While Tiger Woods is yet to call it quits away from the game in which he has so far won 14 Majors, the fact remains that he isn’t sure of where he is going. 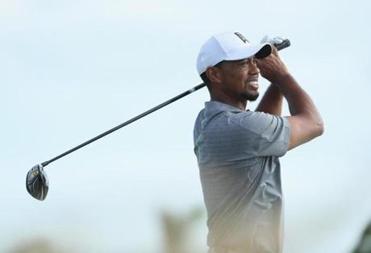 This weekend saw the golf super star in Bahamas, once again playing in a competitive action, and trying to find out what is left of his swing, his legend and his game.

Rickie Fowler, Current PGA hotshot, while musing before Woods teed off at the Hero Challenge on Thursday had said,

“The better he plays, the better it is for golf.”

Nothing that would be said after Sunday by the time Woods wraps up his 72nd hole, would be more salient than the words of Rickie Fowler.

Woods remains a cornerstone for golf, which he has been not just before teeing off on Thursday in Nassau, after laying off for about 465 days, but even for the past 20 years.

Throughout that time, he’s had a lot of ups and down, with 14 major titles, 79 PGA Tour wins, a disintegrated marriage that was widely bandied about in the media, a reconstructed knee and a number of back operations.

His being out of the game for so long has made a bigger story than other golfers could ever have made, no slight intended to the other professionals.

While still in his prime, Woods had gone on to become a force the sport had never seen and just in 2013, he had won five times on the Tour, despite his distractions, both on the moral and physical level.

2014 saw him go into a back operation, which left him out of the game for a while before he had to undergo another one in 2015 and it could become worse as he advances in age.